Corzine Gets Dirtier By the Minute 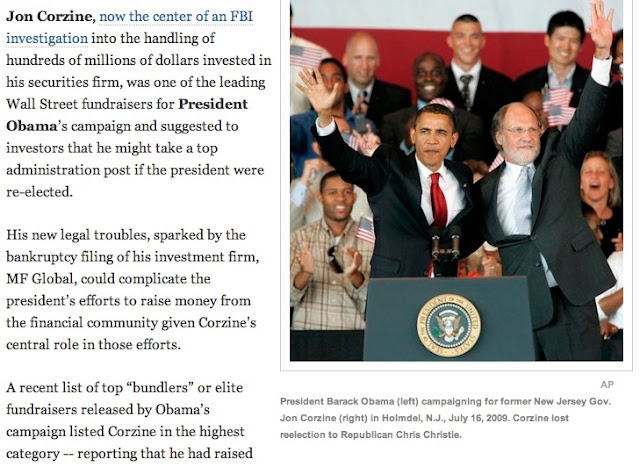 I don't think this "complicates" the matter--I think this effectively ends Jon Corzine's ability to be a trusted fundraiser for any politician. The sooner the Obama campaign cuts ties, the better.

What happened? Yesterday, Corzine looked clean. The article I linked to here said that he was under no cloud of suspicion. Now this?

Never defend these people. They are crooked, vicious little snakes. This is the man Chris Christie threw out of office, and people were wailing and gnashing their teeth about it. Corzine was considered a competent, capable politician at one time. Now he looks like a walking fraud in a frayed, cheap suit. What a jackass Corzine has turned out to be, should these allegations gain traction.
on November 02, 2011