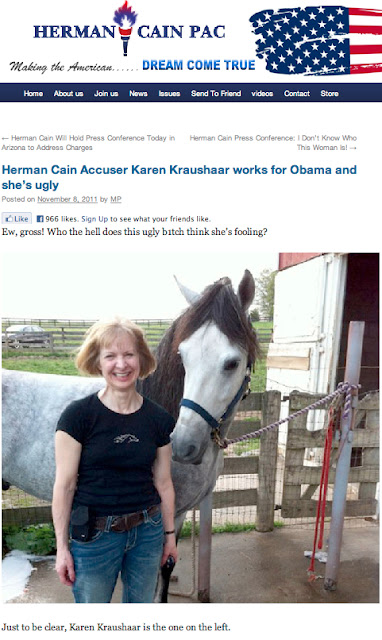 Yes, this is from A PHONY thing called CAIN PAC website, and some would say that this speaks volumes about the mentality of those who support Herman Cain AND about who would want to embarrass him in favor of another candidate. The truth is, you can find a lot of this sexist sort of material everywhere, and it is really a stark reminder that the destruction of serious discourse begins and ends with the people who think that the Internet is for everyone. Clearly, it isn't. And the website is actually registered to someone named Clifford Hoelz. What's going on here?

Anyway, this is UPDATED to reflect that the CAIN PAC website is a fraud. More information here.

Clifford Hoelz has a long history of creating fake, fraudulent or phony websites that purport to inform the public about conservative causes. He is, apparently, behind this site and a site that purports to support Herman Cain, called IslandADV.com. He is a serial registrant of websites and has a vast presence across the "Tea Party" Internet. Here is his abandoned blog (not updated since July of 2010.)

Here are just three more captures of his fraudulent websites: 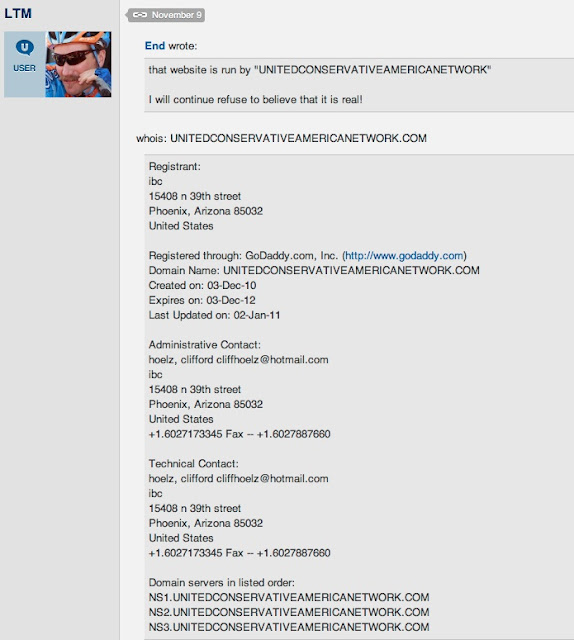 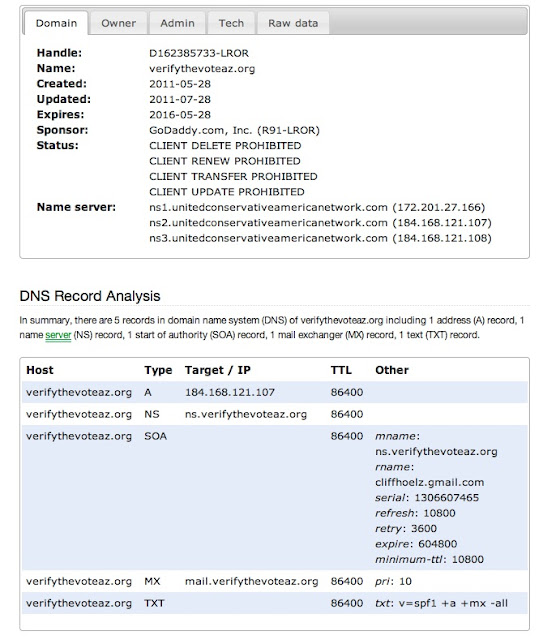 You gotta love the smell of astroturf in the morning. And, no. I'm not redacting IP Addresses. He's a fraud. Sensible people should be able to identify frauds and expose them as such.

And, yes. It is hilarious for me to post this on this particular blog. That's what I was going for, homes.
on November 09, 2011