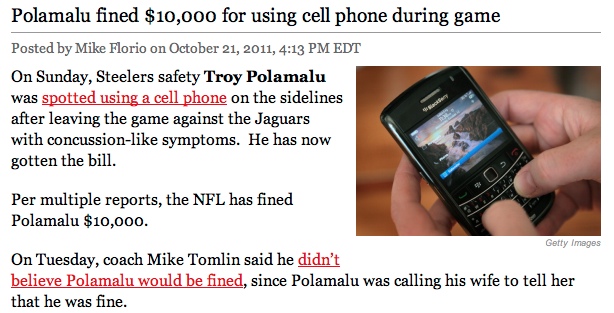 It's not like Troy Polamalu pulled a cell phone out of his sock after running back an interception for a touchdown and called Domino's Pizza. What he did was not done to show anyone up or disrupt the game in any way, shape or form. Would the NFL feel better if he sat on the sideline and kept his face scrunched up as if he were concentrating on the playbook in his head?

This is a ridiculous fine, and the intent of what he did should be taken into account. Players should be allowed to call their wives or whoever during a game.
on October 21, 2011