Screwing Veterans is a Republican Virtue 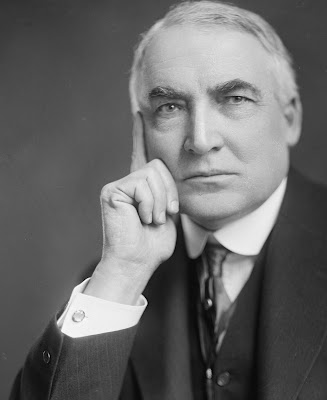 Ronald and Allis Radosh love to revise history and dress it up in such a way as to present a "new way forward" based on the crazy and immoral things that were done long ago. They have now given considerable thought to the idea that this country needs another Warren G. Harding. Inadvertently, they praise Harding's stand against paying World War I veterans a bonus when they should have, umm, not brought that up at all.

How do you assess Harding in the context of modern politics? Well, his Administration was corrupt and full of cronies, which is no mean trick in American politics.

Easily one of the greatest failures in American History, Harding represents another Republican icon (although he is so far removed from the public consciousness that I doubt more than a handful of Americans could identify him as such) of fiscal conservative values that can be held up and celebrated by the Radosh team. They're desperate for anyone who can lay claim to "balancing the budget." What hogwash. By slicing out Harding's fiscal record (which is irrelevant because the Federal Government didn't have to deal with a Department of Defense fighting a war on terror or with Social Security, Medicaid or Medicare at that time because they hadn't even been thought up), they hope to pin the hopes of a desperately broke nation on a misguided example.

Ronald and Allis Radosh are peddling nonsense. They pass themselves off as historians but they're incapable of looking at history through anything other than a filter that suggests their love of making things up to fit a narrative that they know, as educated people, is far-fetched and ridiculous. This country doesn't need another Warren G. Harding and they know it.

The easiest way to puncture the nonsense here is to look at what America's Gross Domestic Product was in the 1920s. 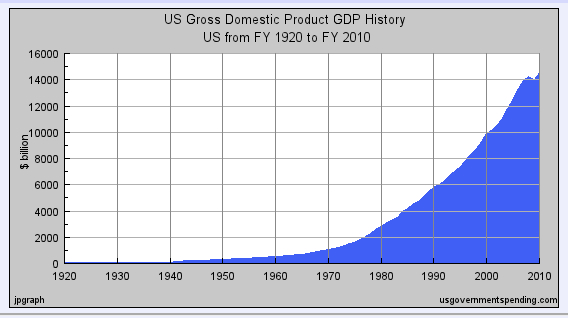 So what if Harding balanced the budget? If we had Harding's budget, we wouldn't have anywhere near the GDP we currently possess. Look at how America's economy has grown since then. We're talking apples and oranges.

As compared to our current budget, which runs into the trillions, the fact that Harding "balanced" the budget is irrelevant; he didn't have to work with the Congress nearly as hard to do so because there weren't any entitlements to speak of. Also note that Federal spending was higher, in relation to GDP during Harding's time than it is today. Not that much higher, but still.


Further, the Radoshes know full well that Harding cut taxes in the early 1920s, bringing the top rate down from 73% to 42%. And this "triggered" a great deal of economic growth. That is, until the bubble burst, giving us the Great Depression, which left the Federal Government completely without any ability to manage the impact of instant poverty and unemployment on tens of millions of Americans. Those were great days for American business, don't get me wrong. But the philosophy enacted by Harding and carried into the Coolidge and Hoover Administrations destroyed our economy.


Finally, there's this tidbit from their article: 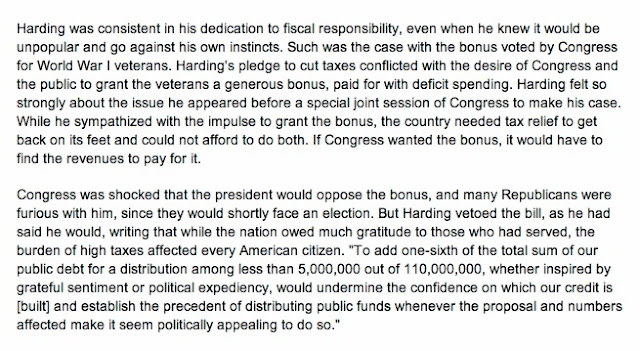 Here's how "brilliant" Harding's actions were--the act passed in 1924 because Congress overrode Calvin Coolidge's veto, and did so in order to stave off being thrown out of office. In the summer of 1932, the Bonus Army marched on Washington D.C., and rioted when the Hoover Administration wouldn't do anything to accelerate the payment of the benefits in order to help people who were desperate for any kind of support.


But the Radoshes know that, too. And what they know is that screwing veterans is a priority of the Republican Party, and always has been and always will be. Their little column is yet another example of how the conservative punditry in this country celebrates kicking people when they are down and denying veterans their benefits and rights.


They do this in the name of being fiscally responsible. Well, where was that fiscal responsibility when we were marching off to war?


This kind of nonsense sickens me. It lays the groundwork for destroying all of the safety nets enacted since the Great Depression. That's what they want--they want people to have nothing, and to get squeezed so badly that all they can do is cry out for mercy and end up with Federal troops chasing them out of town with bayonets.