Is Mong an Offensive Term? 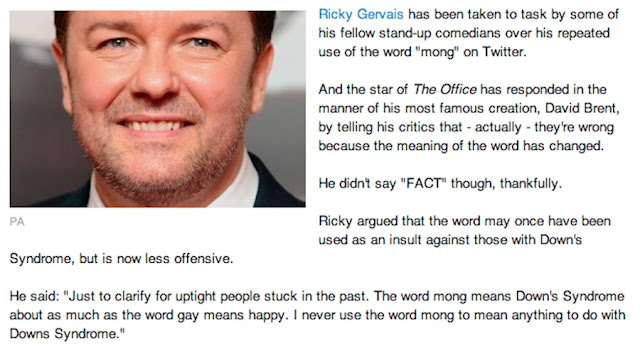 Ricky Gervais is being taken to task for someone else's bad science.

After being criticized for using the term "mong," Gervais has basically defended himself with that tried and true method of saying "so what?" Somewhere in the evolution of this term, "mong" became shorthand for someone with Down's Syndrome, and it became a term that many people find offensive.

If you go back to where the word originated from, you can see that it comes from some bad science: 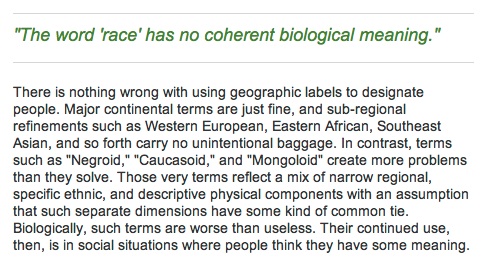 The meaning of the word "mong" has changed and I don't think Gervais intended to harm anyone by using it. The term itself should not be used, but then we get into censorship and all that. I don't think an enlightened person would use that term, but that's just my elitism showing through I guess.

Perhaps there's a bigger divide between British and American comedy that needs to be addressed. As with anything, as soon as you offend someone, you've lost most of the battle before you can even begin to mount a defense.

There's a growing movement out there that suggests that personal outrage is getting out of hand. Are you entitled to your outrage? Yes. Are you entitled to making your outrage my problem? Well, it this is about a level of hate speech that crosses the line into incitement of violence and hatred, then the outrage of the public ends up in that codified area of the law where it becomes illegal to incite violence or hatred through speech. I don't think calling someone a "mong" is enlightened or accurate, but it doesn't cross the line.