Feel Sorry For the Poor Supermodel 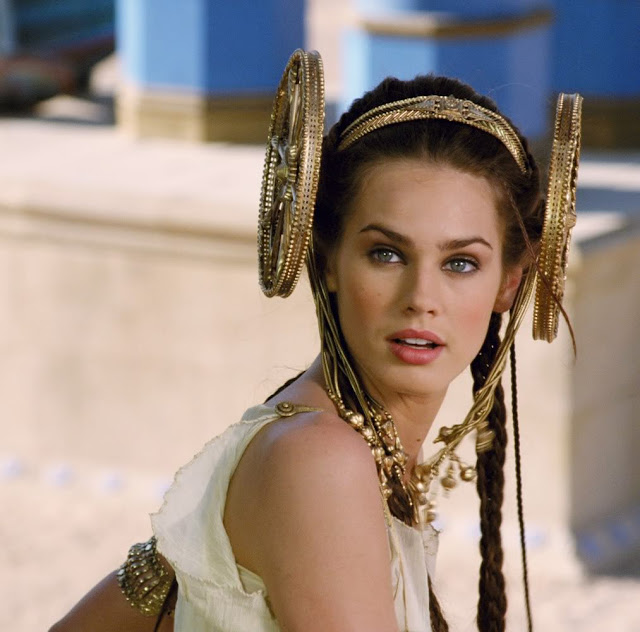 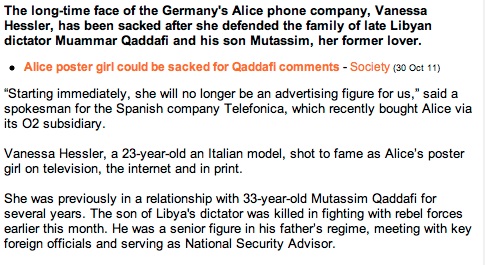 Rarely do you get to see an example of someone so young and beautiful being completely out of touch with reality. Living in Europe, as she does, and having access to advisors and mentors, she should have known that her past association with the Libyan regime, no matter how innocent, was going to be a liability for her. She should have kept quiet about what she thought because her job--being in the marketplace and possessing the ability to sell things with her image--is based in part on whether she can handle being asked about her past associations.

Hessler is entitled to her opinion, of course, but she is not entitled to her modeling job. That's all she seems to have lost so far since the now-defunct Libyan regime has been all but destroyed. But here's the really interesting part. If asked, by an international court, how much Mutassim Qaddafi spent on her and whether he gave her anything of value, what should she say? Should she profess her undying love for a criminal regime and subject herself to further humiliation and the possibility of having to repay the people of Libya for whatever Mutassim gave her?

That opens up a larger question. Can the celebrities who fawned over, accepted payment from, and legitimized some of the most reprehensible regimes on Earth face any kind of sanction for doing so? If so, then consider Hessler a case study in saying too much.
on November 01, 2011