ACORN Does Not Exist 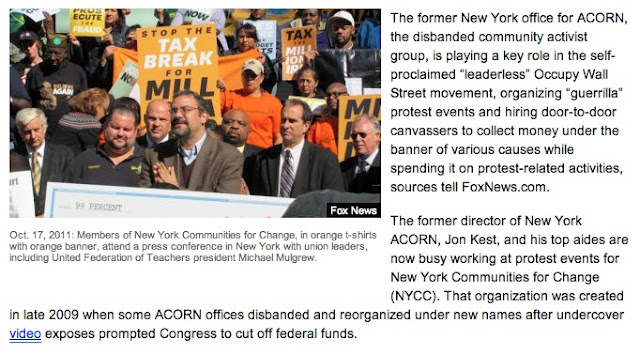 I get what's happening in this article.

The word ACORN is repeated over and over again, almost as if Fox News is trying to run some serious black hat SEO through the Internets. Which is fine. The only thing left to do in the face of a legitimate popular uprising is to put on that black hat and throw anything and everything against the wall and pray that enough over-outraged old bluehairs are still angrily pounding out searches for ACORN and whatever else. I tried ACORN and FREE SAMMICHES a little while ago and I got nothin'.

ACORN no longer exists. The premise of this article is ridiculous. If you want to sit there and tell me that it is big news that the former employees and office space of an organization that used to organize in communities throughout the country on behalf of the poor and disenfranchised is being used to support a popular protest on behalf of the poor and disenfranchised, then go ahead. There are a lot of unemployed people out there, and a lot of them used to work for ACORN. Now they're involved with Occupy Wall Street.

So freakin' what? Once again, ACORN does not exist. But the outrage, phony as it is and misguided as all hell, still does.
on October 26, 2011