When Will the Recipients of Tax Cuts Start Creating Jobs? 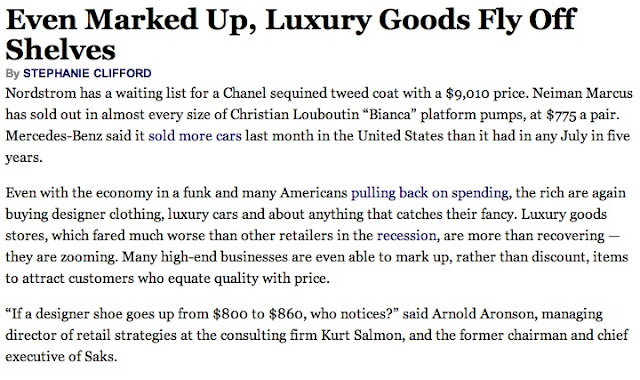 The problem with that kind of thinking is that it rewards the laziness of the media and tricks the American people into voting against their economic self-interest. If cutting taxes on the wealthy actually created jobs, we'd have jobs flying out of our asses. Instead, we have nothing but crap everywhere. Wow, you made it this far? Might as well keep going, huh?

David Frum begins the soul searching here, but that's not what needs searching:

Frum doesn't go far enough. It's time to attack the idea that tax cuts will produce anything other than deficits and unemployment. Because that's what you get when you cut the wrong taxes for the wrong people--you reward bad economic behavior and end up with bad economic results. The American economy will not recover unless good behavior is rewarded. Do you think I would shed a tear if someone got a tax cut in exchange for hiring ten people? Or for extending benefits or for investing in worker training? Hell no. That's a tax cut I would happily defend.

We need to find a way to bring revenues up (at the state, local, and Federal levels) without causing America's rich to panic and go live in Switzerland. This has to be a gradual thing, because, after all, everyone knows that as soon as taxes in the U.S. go up, the rich will flee.