This is Why I Question These Sorts of Things 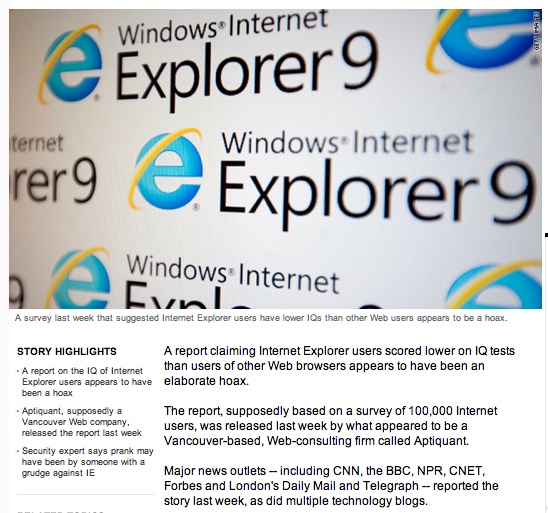 As I stated here, I really had my doubts about the survey and I thought it had a tinge of elitism attached to it. The glee with which Helen A. S. Popkin reported on the survey report indicated to me that there was no way that there were merely "stupid" or "ignorant" people using Internet Explorer version 6.0. Economic conditions are a huge factor in upgrading or improving technological infrastructure--as in, if you're broke, you're not going to be buying a new computer and, hence, you're not going to abandon your sole working source of access to the Internet, especially if you have no broadband or no access to broadband.

I should I have gone a step further and just called it bullshit.
on August 03, 2011