The Looting Will Continue Until Morale Improves 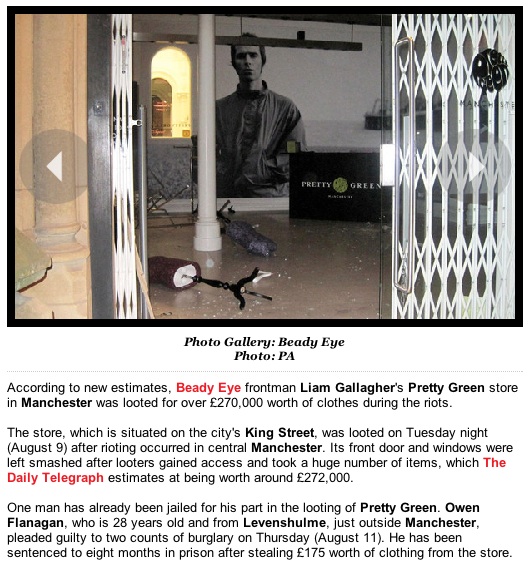 It took a riot to get people to wear Pretty Green? Is that the joke?

English justice moves swiftly. In five days, the man has been tried, convicted, and sentenced. In the U.S., I don't think the case would go anywhere in six months, but I could be wrong on that.

It's very sad. One can make jokes about Liam Gallagher and all, but the loss of so much merchandise probably equals the loss of jobs and benefits for people in the retail world, and then multiply that by ALL of the shops affected. How terrible. And the economic situation doesn't improve for anyone when there is rioting. It's a self-defeating situation. There are fewer and fewer jobs, and stolen merchandise is cold comfort when all is said and done. Oh, and it makes it easier for the police to convict you, I should add.
on August 15, 2011