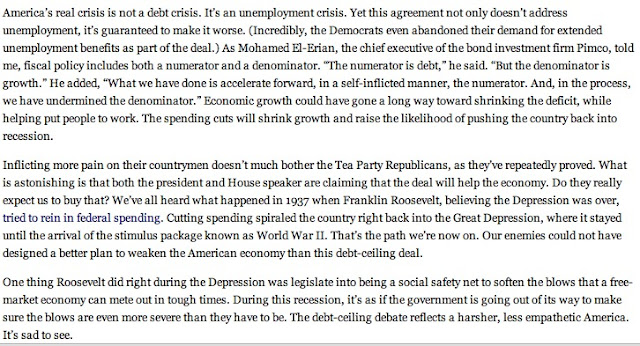 Without growth, the American economy cannot recover. As I have said before, adding just one million gainfully employed taxpayers BACK into our economy would provide a great deal of relief to stressed local economies and to our overall economy. Put five million Americans to work, and you'll see things turn around quite a bit.

The goal of the Tea Party should be what, exactly? Good jobs for decent wages? Or the obliteration of the American way of life which is based on good jobs for decent wages. Whenever anyone talks about economics, see if they can pass one simple basic test: when did we have our "best" economic situation? And what were the rates of taxation during that period?

When we were really growing and expanding as a national economy, our tax rates were twice what they are now on people making more than $100,000 per year. Cutting taxes does not grow the economy. 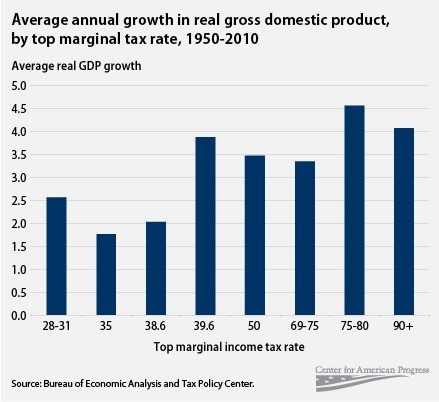