The Cable and Satellite Providers are Losing Business Every Day 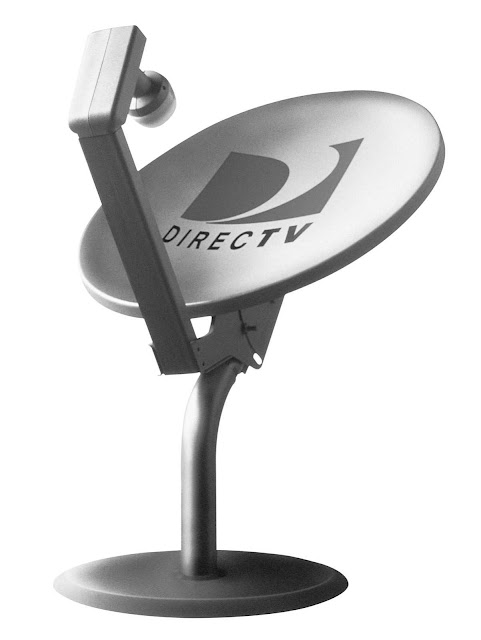 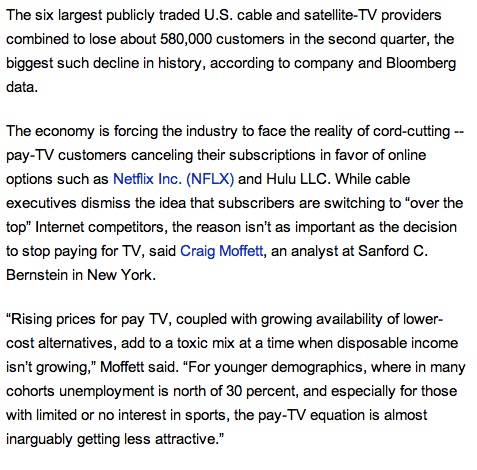 Disposable income is disappearing, actually. Americans have less and less money to spend on things like pay television, so that's the second or third thing to go (paying to see movies in the theater and going to concerts are already gone for many people). It's a good thing all of the Blockbusters are closing up and it's an even better thing that the NBA has decided to lock out its players because people don't have any money for either of those things anymore. And, you watch--I would be willing to bet that the NFL takes a significant hit this fall, not because of the strike but because people just don't have the money anymore.
on August 10, 2011