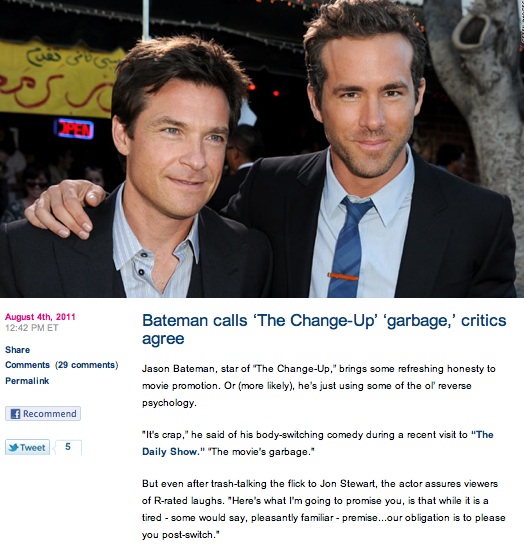 As awful as the film might be, nothing is worse than a reverse-psychology marketing campaign.

Isn't Ryan Reynolds pretty much done as an actor in films? Shouldn't he be hoping someone puts him in a series on ABC? Maybe a show about a guy who had a lot of potential and then just blew it all by being bland? A show about a guy who picked terrible projects and nice-guyed himself into box office oblivion?

I guess people actually projectile-poop into the faces of other people in this film. That, in and of itself, is a pretty good reason to avoid it.
on August 04, 2011