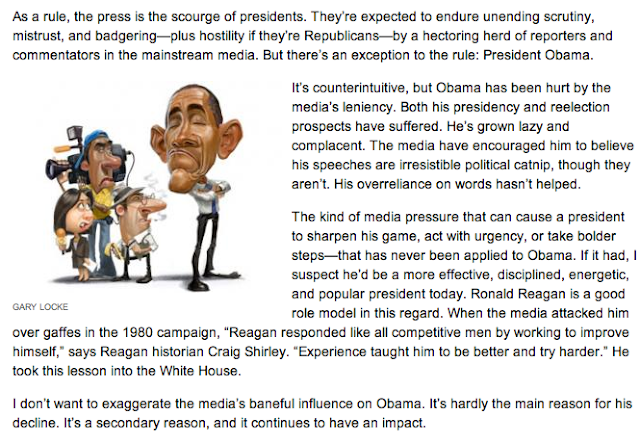 Fred Barnes can't come up with anything worth writing about, so he has decided to try to get something negative about President Obama out there by way of making a ridiculous comparison to President Ronald Reagan. This is standard lazy columnist fare. Obama couldn't possibly be as good with the media as Reagan--and here's why!

Reagan "tried harder" after the 1980 campaign by continuing to make gaffes that nearly led to nuclear war. Did Barnes conveniently forget that Reagan was the king of gaffes, making them so often that he had to be carefully shielded from the media for practically the entire duration of his presidency?

Who's lazy now? And isn't it something when Barnes can call the President lazy while writing a column so devoid of analysis and inspiration that it, in and of itself, almost defines the laziness of the so-called intellectual right?
on August 27, 2011