There are some interesting theories out there about bromances, but this one is pretty much the best one I've seen as of yet: 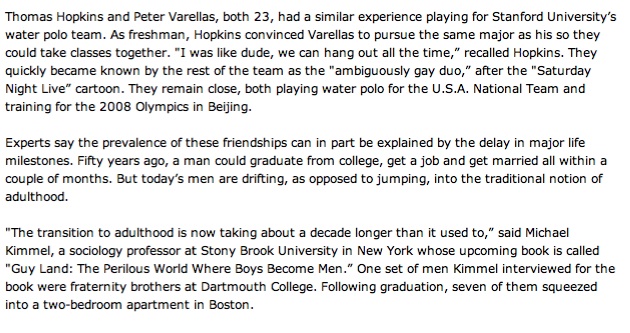 The impact of delayed onset of adulthood can be felt in the car industry as well. Would you buy that Audi A3 pictured above? It looks too much like a family car, doesn't it? Well, it's actually a shortened, safer, more palatable station wagon/hatchback that is designed to entice younger people to buy it. And since younger people aren't having families right away, I can see why trying to sell a more "universally acceptable" car is better than just trying to cater to families (or, adults, as it were).
on August 02, 2011