Europeana Could Be a Huge New Resource for Researchers 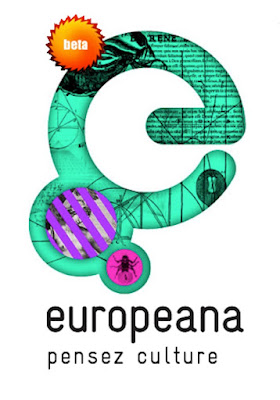 Europe's rich cultural heritage can be found in museums, libraries, galleries, cultural institutes, and archives throughout the continent. And thanks to digitization efforts and Europeana, much of this heritage can also be found online. Europeana is an Internet portal that provides public access to Europe's digital libraries - more than 15 million cultural objects including paintings, drawings, archival papers, books, letters, radio broadcasts, newsreels, films including some of the world's most famous cultural artifacts such as the drawings of Leonardo da Vinci and Isaac Newton's notes and book about the Laws of Motion. About 1500 institutions have contributed to Europeana, including the British Library in London, the Rijksmuseum in Amsterdamn, and the Louvre in Paris.

It's not enough to simply have a library like this. It has to be accessible. It has to have an intuitive method of being searched for material that is relevant to the person searching the archives, regardless of the language in which they are searching.


The library gives you a chance to pick your language from a drop-down menu. I went to the first item up, a World War I exhibit, and, without really trying, found this: 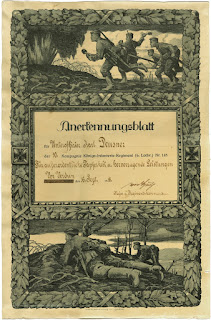 According to the description:

Now, how would I find that on my own? If I searched, in English, for "Certificate Recognition Verdun German Infantry" would the result have come back? Or would I have been required to search in German? An item like this, while obscure, does have value. As we approach the 100th anniversary of the battle of Verdun, wouldn't something like this be of interest? I would think so. But, finding it would be the key to linking the value of the Europeana library to anyone interested in this sort of thing.
An app that could do that sort of translation within the search parameters would be rather invaluable, I would think. Do these things exist now?