Thomas Lowry and the Ethics of Historical Preservation 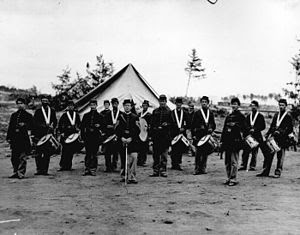 Image via WikipediaWe should begin by putting this into perspective. Thomas P. Lowry is a historian who was recently caught by the National Archives doing something that he shouldn't have done. It's a little more than a piece of technical writing gone awry. It's a clumsy forgery, albeit, one that took a little too long to uncover.
In 1998, Mr. Lowry took an ink pen and changed the date on a document that pardoned a Union Army soldier for the crime of desertion. Well, he did a little more than that. In order to come up with a hook for a Civil War book that he now realized he could write, he changed the document to make it look like it was signed on the day of Lincoln's assassination, fundamentally altering the context of that day in American history.
Not only that, but Mr. Lowry went to the media with his discovery. My question is, how did this glaringly obvious forgery slip past the archivists? 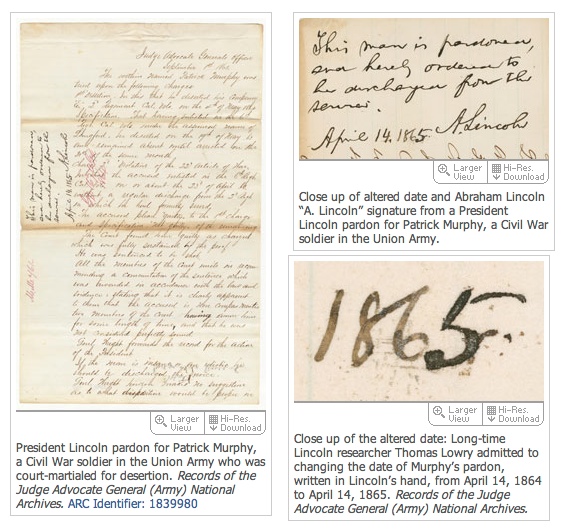 As an example of forgery, it's clumsy. Holding up the document reveals that.
There are also heat-imaging techniques that can spot forgeries. I don't even know if you'd have to do that with this document, although the National Archives probably did so in order to ensure that it wasn't going after Mr. Lowry for no good reason. Again, what took them so long? Why didn't anyone bother to investigate further when Mr. Lowry's book came out? Lincoln's last day on Earth has probably been investigated and documented as much as any other significant day in American history. Why didn't someone cast a bit of doubt on this from the beginning? If there was some skeptical reaction, I cannot located an example of it.
In fact, there was this glowing (and rather less-than-skeptical) review from the Smithsonian Associates: 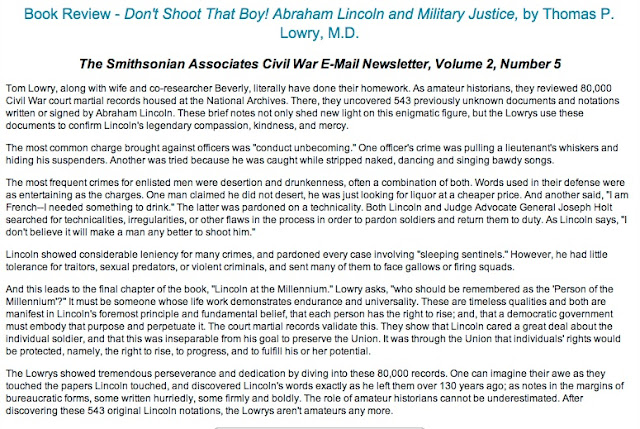 I have captured the review as a full screen shot. These things tend to disappear.
Look at how the review elevates Lowry and his wife (gee, was it her idea? Will he be a cad and roll over on his wife and blame her? I hope not) to the status of "professional" historians. The review implies that these amateurs went out and found something wonderful. Well, so much for that. No amateur historian will be able to escape some measure of skepticism now. They "found" 543 original Lincoln notations or they "created" them? How would you like to be the archivist who now has to look at everything they did and scan for alterations?
If you want to play devil's advocate, what's the harm? Was this, in fact, a correction? Could someone plausibly say that this document did, indeed, come out in 1865? No, of course not. The National Archives was smart enough to track down Mr. Lowry and he, to his credit, confessed his crime. Was it ethical? It crossed over several ethical boundaries and has landed Mr. Lowry in a heap of trouble. It wasn't even a "harmless white lie" or "gentle fib" because Mr. Lowry profited from altering a historical document. You can follow this link to C-SPAN's video archives and (unless they take the video down) watch him talk about the book after the book has been touted for sale.
How many scholarly articles, research papers, and books feature this error? They will now have to be corrected, where possible. How many citations of his work are in circulation? They are not citing a disreputable source.
If you follow the link to the Amazon.com page for Thomas P. Lowry, you begin to see another, perhaps even larger, problem. His obsession with detailing the sexual mores of the Civil War era becomes evident. Which is fine, except that virtually everything else the man has ever done is now academically suspect. Did he lie when he researched his books about other subjects as well? Mr. Lowry appears to have never really had a problem getting published or finding other writers to work with. He has written numerous books and collaborated with others. Their work has been compromised now as well. How can their books be trusted?
The work that featured the tell-tale alteration wasn't even the only book he ever wrote about the subject of court-martials and pardons. How much of those works are based on documents altered by Mr. Lowry? And, for that matter, what did he do to top himself when he realized how profitable it could be to walk into the National Archives and start slinging ink around?
Mr. Lowry has now earned the enmity of virtually every Civil War historian in the world (yes, they do have American Civil War historians all over the world). He has betrayed colleagues and he has committed historical fraud. He has profited from altering a historical document, one of the worst ethical breaches a serious historian and researcher can commit.
It goes beyond what he did; it even goes beyond why he did it (the likeliest reasons are greed and the desire for power and authority in the community of Civil War historians). It now becomes the responsibility of the people who published and sold his books to own up to the deception.
I would expect to see much of his work disappear. It isn't worth the paper it is printed on.
How sad (an Update). The Mr. Lowry wants to hold on to his few accomplishments:

The Archives on Monday accused Lowry of altering the pardon in plain view in the agency's main research room to amplify its historical significance. Lincoln had indeed issued a pardon to Pvt. Patrick Murphy, but the 16th president did it exactly one year to the day before he was assassinated by John Wilkes Booth. Archives officials, after a year-long investigation, say Lowry signed a written confession Jan. 12 that he brought a fountain pen into the research room sometime in 1998 and wrote a 5 over the 4 in 1864, using a fade-proof ink.

Lowry, a retired psychiatrist who discovered the pardon in an unsorted file box, has denied any wrongdoing. He said he was pressured by federal agents to confess.

"I consider these records sacred," he said in an interview Monday at his Woodbridge home. "It is entirely out of character for me. I'm a man of honor."

His wife, Beverly, said the change was made by a former Archives staffer, a charge the agency denies.

There were no security cameras at the time to record what happened in the room. Lowry cannot be charged with a crime because the statute of limitations on tampering with government property is five years.

In America, it's always someone else's fault, isn't it? The problem is, he admitted what he had done. What Mr. Lowry wasn't prepared for was the backlash and the public excoriation that his "amateur" work now faces. He has been banned for life from the National Archives. His books need to come off the shelves as well. He was never an "amateur" historian. He was a fabricator and a fraud. He accepted money to write books, or lend his name to books, and that professionalized him.

Claiming someone else did it is tantamount to using the "dog ate my homework" excuse. Whoever that "someone else" is probably didn't get to write books and go on C-SPAN.