The Elitism of the Critical World 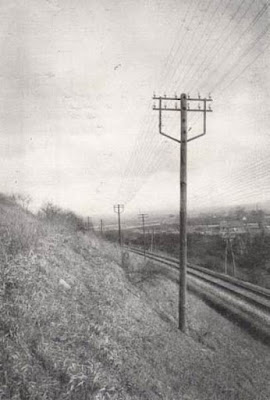 The cultured elite are always startled to find that there are smart, talented people where they are not supposed to be:

Seated on the cusp of the network revolution, the critic Sven Birkerts cataloged the losses that a reader in the electronic millennium would suffer: divorce from historical consciousness, a fragmented sense of time, a loss of deep concentration. From the other side of the divide, the ability to locate a cluster of like-minded people must seem a real gain to the reader who finds isolation uncomfortable rather than one of reading’s fertile preconditions. Yet, however the economy of costs and benefits is calculated, the change in the technology that organizes the audience changes the rest of the writing world. Some writers may try to seal themselves off from the crackling energy of the Web, but the contemporary novel’s form is always a model of the way our minds work, and it registers the deep changes in the ways we process data. Even more markedly than in the late 20th century, the serious contemporary novel withdraws from linearity, its narrative particles grouped into weblike clusters connected implicitly rather than explicitly, and its focus distributed across several characters. For the critic, these technological changes create deep historical echoes. If in earlier centuries the common reader was for Johnson and Woolf at least partly a rhetorical construction, an imagined nonspecialist that enabled their own work, for the critic at the millennium the audience for literature is not so shadowy. While Kazin could complain in 1960 that “the audience doesn’t know what it wants,” with the advent of Amazon reviews and other rating sites the audience is abundantly vocal. A sensitive membrane has evolved from the historical transactions between author, critic and reader. Though online reviews inevitably vary in quality and insight, their very existence no longer makes it possible to imagine that there is not an engaged general-interest audience out there consuming and thinking about literary works. The audience now talks to itself.

No, the audience has a voice, and control has been taken away from the gatekeepers. What used to stifle discussion about what is important is now replaced by the democracy of the click! on a viral video or story. I don't think I have read a single useful book or movie or album review in years. Years.
You may not like it, but the field is getting more level. Not level enough, but still a little too level for people who believe that their academic pedigree means that they can shut you up, even when their own work and their own inability to demonstrate mastery or talent is in evidence. No wonder sites now tend to moderate away criticism and direct traffic to like-minded hubs of similar thought. If blogging were truly a meritocracy, none of the "old line" of original bloggers would still have traffic or jobs.
Why beg for acceptance? Make your own path. Why wait for someone to approve of you? Approve your own content and do for yourself what no one else will.