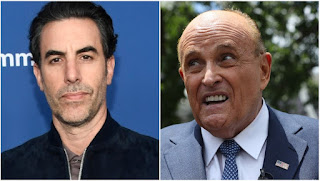 The reputation of Rudy Giuliani could be set for a further blow with the release of highly embarrassing footage in Sacha Baron Cohen’s follow-up to Borat.

In the film, released on Friday, the former New York mayor and current personal attorney to Donald Trump is seen reaching into his trousers and apparently touching his genitals while reclining on a bed in the presence of the actor playing Borat’s daughter, who is posing as a TV journalist.

Following an obsequious interview for a fake conservative news programme, the pair retreat at her suggestion for a drink to the bedroom of a hotel suite, which is rigged with concealed cameras.

After she removes his microphone, Giuliani, 76, can be seen lying back on the bed, fiddling with his untucked shirt and reaching into his trousers. They are then interrupted by Borat who runs in and says: “She’s 15. She’s too old for you.”

I totally missed this in July because, well, the whole country was sliding into our current state of horror and desperation:

Just a few weeks after the Who Is America? star made a clandestine appearance at a far right rally and led the crowd in a racist singsong, Cohen managed to trick former New York Mayor Rudy Giuliani into an interview at which he reportedly wore a pink bikini.

Page Six reported Wednesday that the British comedian, via his team, had set up an interview with Giuliani at a New York hotel to talk about the Trump administration's response to the novel coronavirus pandemic. The interview began with a woman asking Giuliani questions before someone who would later be indentified as Cohen burst in wearing a pink bikini.

“This guy comes running in wearing a crazy, what I would say was a pink transgender outfit," Giuliani, the personal attorney to President Trump, told Page Six.

Granted, in the twisted universe of Sacha Baron Cohen characters, this could all be a mistake, a sendup, a bit of agitprop disguised to promote an otherwise empty vessel of a film. 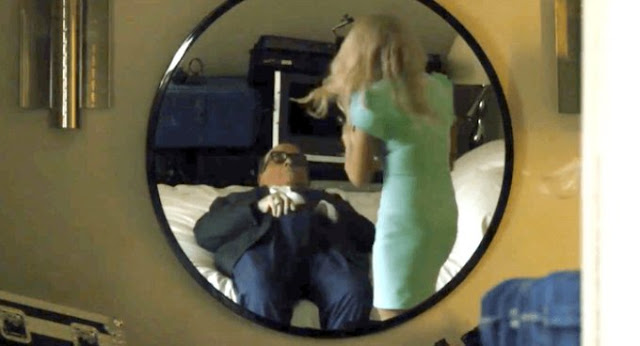 More Russian Hackers are Flushed Out of the Woodwork 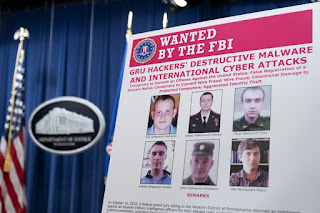 America's toothless, confused, doddering old Department of Justice has to turn to prosecutors in Pittsburgh in order to go after a rag-tag bunch of Russian hackers.

Six current and former Russian military officers sought to disrupt through computer hacking the French election, the Winter Olympics and U.S. hospitals and businesses, according to a Justice Department indictment unsealed Monday that details destructive attacks on a broad range of political, financial and athletic targets.

The indictment accuses the defendants, all alleged officers in the Russian military agency known as the GRU, in destructive attacks on Ukraine’s power grid; in a hack-and-leak effort directed at the political party of French President Emmanuel Macron in the days leading up to the 2017 election; and to impede an investigation into the suspected nerve-agent poisoning of a former spy and his daughter.

It should not even be up for discussion as to whether or not the Russians want to keep Trump in power and continue with their efforts to destabilize the political process throughout the West. This is what they're doing all hours of the day, every day until we take the necessary steps to put a stop to this.
We should break up Facebook. We should regulate all social media companies. We should analyze the means by which these companies exploit their users. Every American election from now on should feature paper ballots, no voter suppression of any kind, early voting, and no machine voting. And we should find a way to drive the Russians back into oblivion. The cost of hacking is minimal. The consequences of it need to be enough to deter anyone from engaging in it.
If, on January 21, 2021, the Russian oligarchs were to wake up and discover that their assets around the world have been seized in a joint, worldwide effort to stop money laundering and fraud, it would be too soon. If the Obama Administration had one failing then it was believing that the Russians weren't dangerous enough.
on October 19, 2020 No comments: